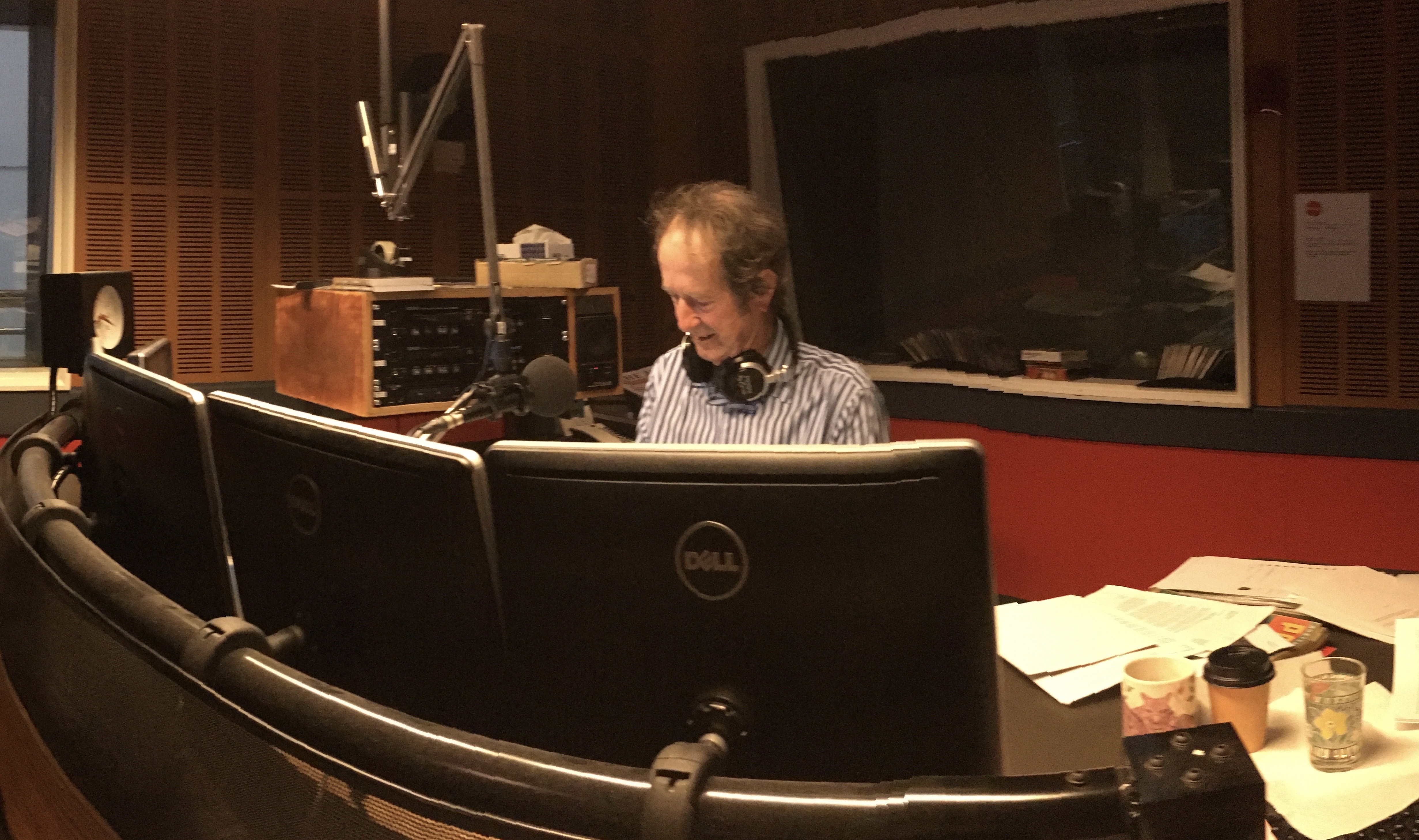 Ian McNamara’s – Australia All Over

At ten to seven on Sunday morning my newly minted ninety year old mother was standing at the foot of my bed holding a trembling cup of tea, “Darling, have you forgotten? You have a radio interview at 8am.”

I attempted to argue, certain that the interview was for 8.30, but then remembered I’m a ditz. I was also awake – and as such I may as well hurry.

I parked out the back of the ABC studios in Ultimo – where I’d been some 7 hours earlier. I had some difficulty signing in, when a call came down to security – they were looking for me up in the studio. Mum was right, of course, and I was ten minutes late for the interview.

Ian MacNamara’s Australia All Over

I was very sorry to miss ten of my fifteen minutes of fame.

Lee Kelly (Kell) is Macca’s producer. She’s also his wife. Together they’re a seasoned couple of broadcasters with a well organised routine. Or so it sounds when you’re lying in bed with a cup of tea and Vegemite on a Sunday morning. In the studio (on this day, anyway) something a whole lot more familiar to me was playing out – chaos.

Possibly because I was late, everyone seemed flustered. Macca had written phone numbers of callers he wanted to speak to on the back of a piece of paper, only now he couldn’t find it. For what seemed an eternity (a minute or two) he broadcast birdsong while Kell and he flicked through pages of A4 printouts. They finally spread the papers on the floor and turned them over one by one.

I would have liked to help, but recognising a kindred ditz, I knew that helping is a recipe for disaster. So I sat still and remained calm. They finally found the page and the show resumed.

Now, whenever I hear that sweet birdsong on his show, I will imagine a snow storm of paper fluttering behind the scenes.

In case that sounds disparaging – it’s not. I loved every minute of meeting them both and when the interview concluded on favourite cakes and pastries from around Australia – I knew I had a secondary mission for my journey.

The interview was done and dusted by 9am and I was back in my car, admiring a fully rigged cowboy who arrived in a white fringed black suit with a guitar strung over his shoulder. No guessing where he was going.

“Rock on, cowboy,” I said, in what I hope wasn’t misconstrued as sarcasm.