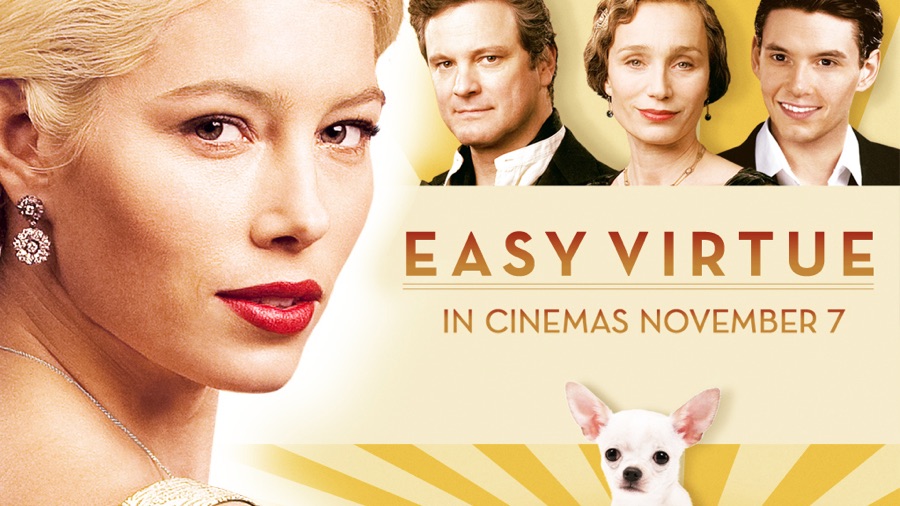 Easy Virtue was released by Pathé in 2008, following its standing ovation premier at the Toronto Film Festival.

A young Englishman marries a glamorous American. When he brings her home to meet the parents, she arrives like a blast from the future – blowing their entrenched British stuffiness out the window.

The twenties have roared… the thirties have yet to swing. John Whittaker, a young Englishman, falls madly in love with Larita, a sexy and glamorous American woman, and they marry impetuously. However when the couple returns to the family home, his mother Mrs Whittaker has an instant allergic reaction to her new daughter-in-law. Larita tries her best to fit in but fails to tiptoe through the minefield laid by her mother-in-law. Larita quickly realizes Mrs Whittaker’s game and sees that she must fight back if she’s not going to lose John. A battle of wits ensues and sparks soon fly. Mrs Whittaker manipulates every situation to undermine her, while Larita remains frustratingly calm and engineers sassy counter attacks. Before long, Mrs Whittaker’s manipulation starts to work on John and Larita feels their love is in danger of slipping away. In a grand finale, where the secrets from Larita’s past are revealed, she finally makes a break for freedom from the suffocating house.