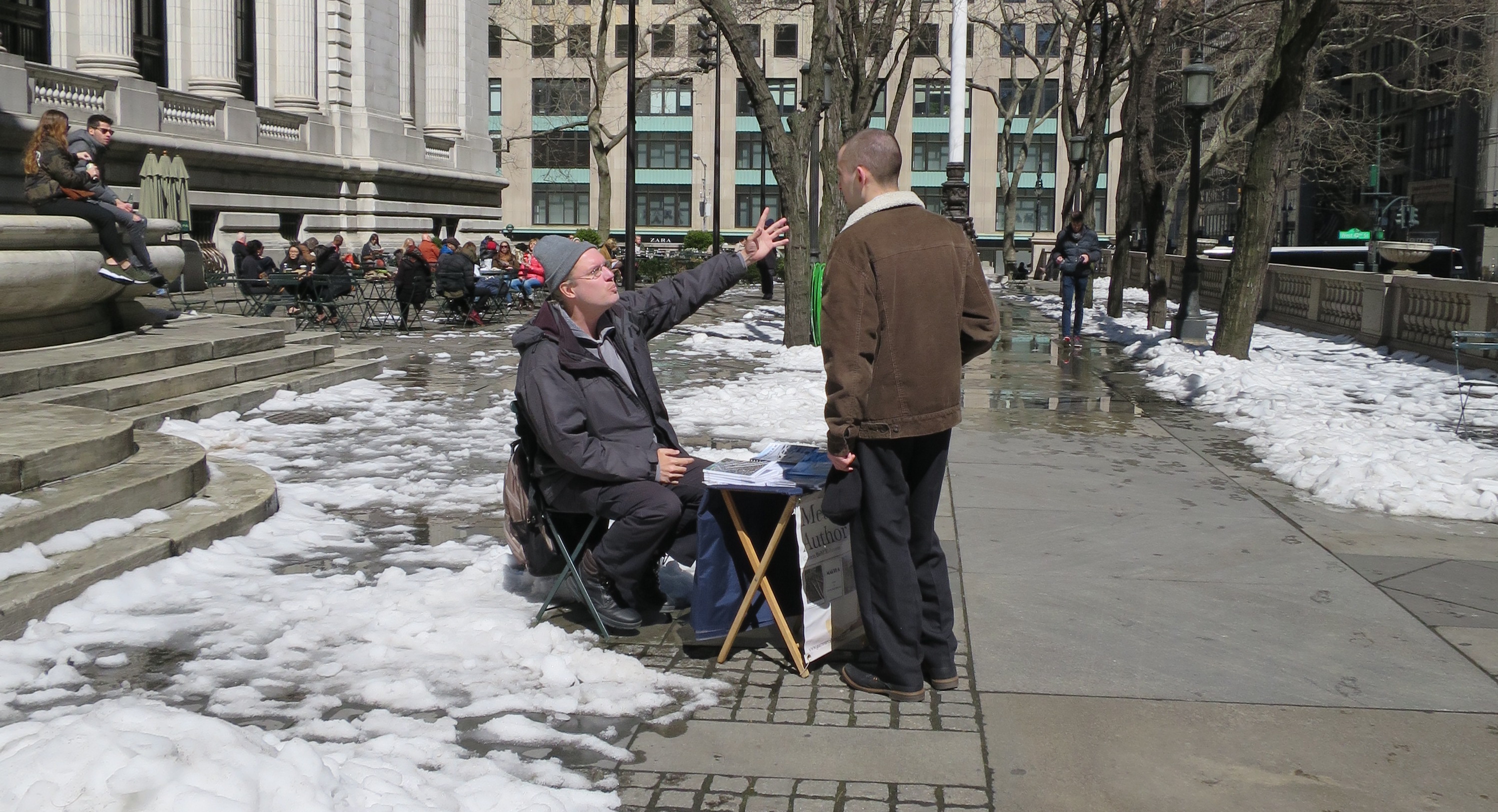 I found my spirit animal outside the main branch of the New York Public Library. With a book launch coming up, I knew that I would eventually find myself at some book(ish) event with one entrapped potential reader.

His bold enthusiasm is written on the sign saying, “Meet the author”. His arms is raised in the tai-chi pose of communication. How I love and fear him. His passion. His breathless sentences. His enrapture. I am him.

While we’re here though, let’s stop for a moment and rejoice in the Stephen A. Schwarzman Building (also known as the Central Building, and more familiarly as the Main Branch) Opened in 1911, this beaux-art beauty is among the grandest and most sweeping library – fulfilling Benjamin Franklin’s vision of a university of the people.

The New York Public Library is a people’s palace. Comfortable, free-wifi, a cafe to block with your computer while drinking tea and coffee.

An Unlikely Home for a Very British Subject

The children’s section also houses a rare, and worthwhile exhibit:

Winnie the Pooh and his tiny friend Piglet.

For Australians among us, you’ll be sad to learn that Roo (Kanga’s baby) was lost in an orchard in the 1930’s.

I’m sure, like the Beatles, you can create a psychological profile by which Pooh character is your favourite. I loved Eyeore the most – and felt he needed the most love. But when asked to choose between Pooh and Piglet – I chose Pooh – because he had Piglet as a friend, where as Piglet only had dumb ol’ Pooh.