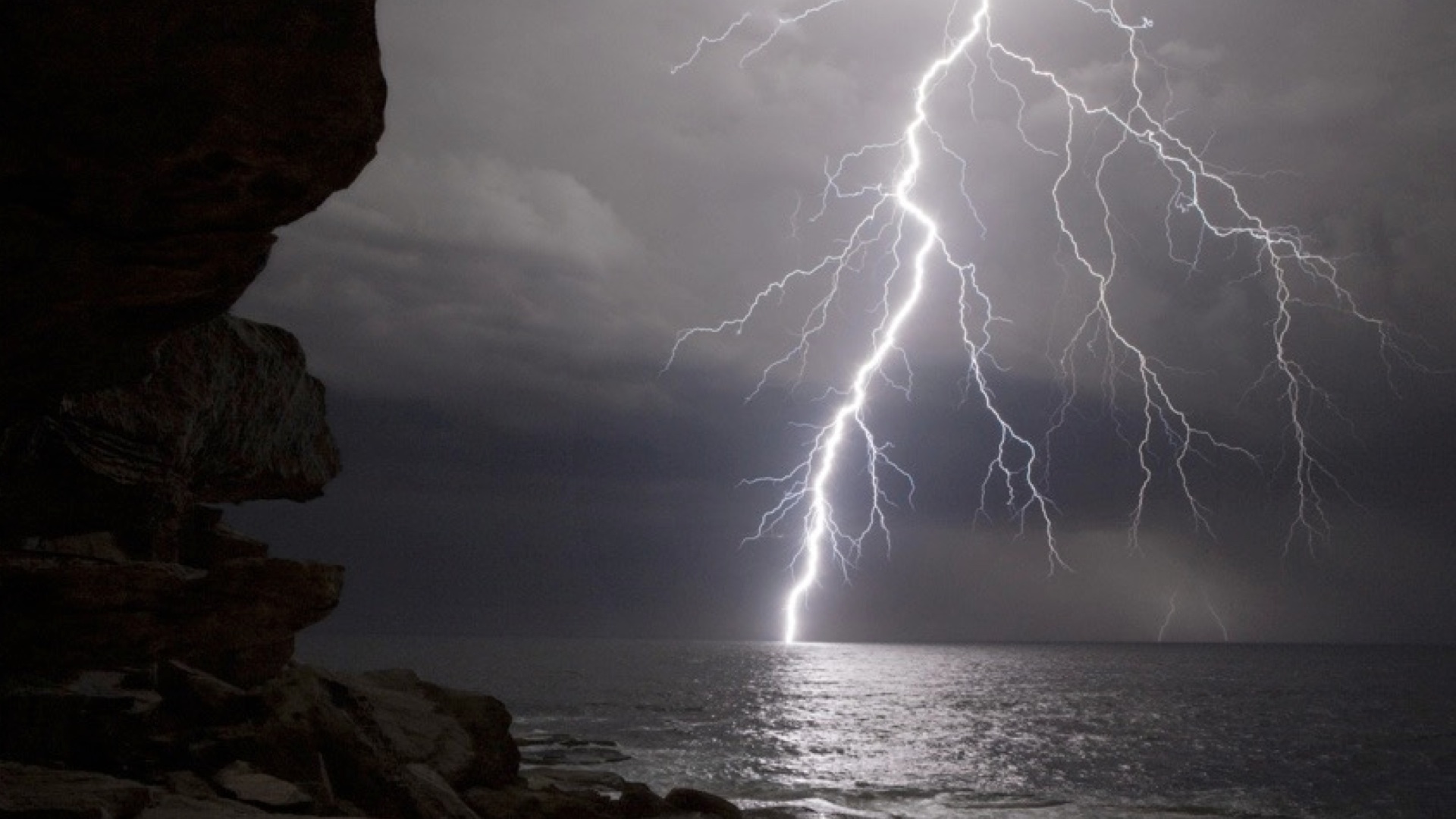 I’m waist deep in the swamplands. My characters are fitful. They lurch from moments of lucidity to a grinding halt. The house looks like a small child has trashed it. It’s about now in the writing process I wish for two things:

1) a natural talent for dialogue. I’d settle for a good ear for dialogue at the moment but, no. It’s like I’m tone deaf to what people say. In fact – I was so distracted by that idea I took an on-line test…

Bugger it – I am border-line tone deaf!

Stephan Elliott, that master imp, has a natural talent for dialogue which annoys the hell out of me. So I felt very flattered when he insisted that a line I thought a bit iffy in ‘Easy Virtue’ should stay. It was good, he insisted, so good that even now it’s in the final cut of the film. He liked it so very much that on the day of the shoot he cast me to deliver it:

Matron #1: Winter hydrangeas. How do you do it?

In post-production, he re-voiced my Australian twang himself. I’ve kept a copy as a joyful reminder that if you call someone Matron #1, and she only appears once, and says only one line, then I’d you better be prepared to play her yourself. Apart from the crime creatively, it’s also an unnecessary expense for the production and a terrible thing to do to your Director.

Of course, there are exceptions. In ‘When Harry Met Sally’ there’s a rare instance of a brilliant one-line character. “I’ll have what she’s having.” It’s delivered by Director Rob Reiner’s mother.

The fact remains. In film, Character is made by what they say and what they do. (Sometimes what they think and a little of what is said about them.) But dialogue is vital, and nothing makes up for talent when writing it. That said – I believe in hard work, and think I’ve found a few tricks to help make characters seem more natural.

HAMMER AND TONGS (aka dictionaries)

Make lists of words and phrases for individual characters to use. Include colloquial expressions specific to age and culture. Technical words that reflect what they do in life (Student, Nurse, Magician.) Create lists of music and TV shows from when they were young, or popular food from where they grew up. Catch phrases, sayings, quotes, idioms.

Invent a star sign for your lead characters, and get tips for incidental action from daily horoscopes. (Nothing is quite as random as a horoscope.)

BASE YOUR CHARACTER ON SOMEONE YOU KNOW

Everyone you create starts out as a version of yourself, but you can borrow from the world around you. Base your characters on someone you know in real life – someone you like or are fascinated by. Adding familiar quirks and mindsets to your fictional beings can help separate your characters from one another. Also, you can mine your emails for quirky turns of phrase to give your characters’ dialogue a unique point of view. Only, don’t write for specific actors. Most of them want to play someone else, anyway.

My mother reckons a good story is made by what you leave out. Double that for dialogue. Your characters don’t have a lifetime to shine – every word counts. Cut your pleasantries. Cut the opening and closing of doors – the ringing of doorbells and answering of phones. Cut hellos and goodbyes. As William Goldman says:

Dialogue is the shaved poetry of film making.

But don’t pare everyone back so they all speak in the same rhythm. Listen to the melody of your conversations and build tension between your participants so they riff on a theme.

Everything your English teacher taught you at school about lovely grammar? Nah. People don’t speak right. They clip sentences. Use elipses. Trail off when they’re… you know. Ha. They use words wrong. Middle of a sentence. Make up words? Shakespeare did, look how things turned out for him.

Always try to create conflict between your characters. It can be big or small. Negotiating our different wants is a big part of daily life. It also helps to create compelling dialogue. Teasing. Flirting. Holding ground. Standing up to. Backing off. Disagreeing. Banter. A punch-line.

Use the three phases of conflict: Who wants what? What’s stopping them getting it? What’s the breaking point?

There’s a memo from the playwright David Mamet which surfaces every couple of years. It’s pretty punchy on the subject of dialogue. Although – someone needs to introduce Mr Mamet to his CAPS LOCK button. Totally worth a read.

There are some contemporary writers who have a genius for monologue: Woody Allen, Aaron Sorkins, The Cohen Brothers, Charlie Kaufman, Diablo Cody, Quentin Tarantino… but they all use their monologues sparingly. Their film fills with air and then one of their characters sucks it all out for dramatic (or comedic) effect.

It’s right to aspire to be these writers, but it’s a brave writer who allows their characters to blab on and on.

And by brave, I mean inexperienced.

An opera is not made of arias – but an aria often makes an opera. Monologues are arias.

If you think what your script needs is a beautiful solo, then consider adding action to give your reader a moment to absorb what’s going on.

Yeah. Nah. Don’t. It takes three precious lines of dialogue for a character to nod, shake her head, and turn away. Put it in the big print.

Big print is the scene descriptions. It’s not longer in BIG PRINT but it was once typed in caps. Put your non-verbal and terse communications in there.

Don’t! Actors hate them. (I’m told they smack of over-acting.)

On a script, there is a space between the Character Name and their Dialogue Box called a Parenthetical. It’s a note from the writer to the reader about the intent of the line. Parentheticals are clarifying when the meaning is ambiguous. If you don’t mean your speech to be ambiguous – check the line and ask why it needs clarification.

Sometimes they’re used for a small piece of action, (sips tea,) to create air in the conversation. When you do this, though, you are telling an Actor how to act. You are giving the Actor notes – which is the Director’s job. If you don’t want to get banned from set, don’t give the Actors notes.

On a technical point – Parentheticals never go over onto a second line. If they do, you need to put it in the Big Print.

On a creative note, use Parentheticals sparingly.

I like to write holding dialogue, “Insert hilarious joke here.” Or something directional, “Says something sinister.” You can write whatever you want your character to communicate and finesse it later.

Make sure you finesse it later.

If holding dialogue lasts into the shooting script, prepare to hear someone tell you it’s ‘On The Nose’.

REWRITE ANYTHING THAT IS ‘ON THE NOSE’

I don’t know if it’s called ‘On The Nose’ because it stinks, or because it’s like a character tapping their nose to indicate they’re in the know. Either way – don’t allow your characters to say exactly what they mean.

SONNY: What’s that Skip? There’s a nuclear reactor about to melt down on the edge of the property next door?

‘On The Nose’ dialogue is un-finessed language. Rearrange your words until they sound natural.

Sometimes your character needs to know something you haven’t allowed them to discover earlier. When this happens, a whole lot of information explodes out of their mouths. It’s called Exposition, and it’s often the result of bad plotting.

Before doing anything – go back and find out whether there’s a more subtle way of delivering the information. Check whether plot points can be seeded through earlier scenes. Check there’s no way of showing what you want to say.

After you’ve checked that it’s not a plotting error, and find you still have information you must impart then (and only then) you can crack open the following tip:

BURY YOUR EXPOSITION IN ACTION

Create tension in a scene by having your characters discuss what they’re discussing while doing something at odds with what they’re talking about.

Think of screen dialogue as poetry. Song lyrics. Music. Dialogue as the simplest, most elegant way to reveal your character’s journey, to engage your audience, to set the tone and help your story unfold – at 10,000 feet on a tightrope without an umbrella.

Looking at that big long list. Only someone with Dialogue Anxiety would spend that much time avoiding actually writing it. This would be so much easier if I had an actual ear for dialogue –

Or a house cleaner.

Or a house cleaner who can cook.

That’s the other thing I’m wishing for right now. 2) is a house cleaner who can cook – and say brilliant things for me to write down.

Yeah, not going to happen. There’s nothing for it.

That’s a good quote for creating drama. Drama is conflict. In case of doubt, Attack!